Is there anything worse than getting half way through a recipe and realizing you don’t have all of the ingredients? Or worse- its a flavour that you are allergic to or straight up don’t like? Fear not! Read on to find out your the top five basil substitutes.

Basil is a powerhouse herb in the kitchen both in sweet desserts and savoury cooking. It has subtle notes of mint, anise, and pepper. The soft round green leaves make it a treat for the eye when used as garnish or loosely mixed into a dish. It is hard to replace- but not impossible depending on its intended use!

Read on to learn all about the best basil substitutes that will mimic its flavour, texture and colour.

Basil is widely used in Italian cooking but can also be found in different cuisines such as Thai, Indonesian, and Vietnamese. It is a main component of the infamous pesto and almost always makes an appearance in tomato based sauces and soups including my homemade Canned Tomato Soup recipe. When possible, FRESH is best! You can also use dried basil at a ratio of one tablespoon of fresh basil to one teaspoon of dried basil. I love growing basil fresh- starting in my greenhouse and moving out into a pot in the warmer months. I inevitably end up with a basil surplus which I dehydrate and save for winter months. The strong flavours of home grown basil are hard to beat!

It is hard, but not impossible to substitute basil for other herbs because of its unique flavour. Reach into your fridge, pantry, or garden and pull out one or more of these herbs if you are finding yourself needing a basil substitution.

Much like basil, Oregano is used in a variety of tomato sauces, soups, and Italian recipes. Oregano is peppery, zesty, and it has the same beautiful green colour- working well for garnish and decoration.

Use in moderation. Oregano is strong flavoured so it is best to start small when substituting it for basil. Generally, you should halve the amount of oregano used vs. basil for a 1 to 2 ratio. For example, instead of one teaspoon of dried basil you can use 1/2 teaspoon of dried oregano.

Fresh Parsley is much more flavourful than its dried counterpart. It has a mild peppery flavour and is used in and on a variety of dishes. Parsley shines as a garnish and will add a few style points to any finished dish. If using parsley as a substitute for basil, it is important to use fresh leaves. You can replace basil with parsley at a ratio of 1 to 1.

Fresh mint matches Basil’s texture and colour as well as some of the minty notes that basil has. Mint differs from basil in that it can be more bitter. Steer clear of spearmint and opt for traditional mint when substituting basil or you run the risk of having an over-powering candy-like flavour.

Spinach leaves are soft, green, and juicy much like a basil leaf. They work well when replacing basil in pesto or in stir fry, and when basil’s main purpose is to garnish. Unlike basil, spinach has a much more mild flavour and should be used alongside other more flavourful herbs such as oregano or mint! If you use spinach as a basil substitute, opt for fresh leaves rather than frozen.

Cilantro is one of those herbs that you either love or hate- I haven’t met anyone in the middle. The light leaves and citrusy notes work especially well in Asian recipes, soups, dips, and stir fry. It shines as a garnish as well as when it is cooked into a dish. Less is more when substituting basil with cilantro. I suggest using a 1:2 ratio. 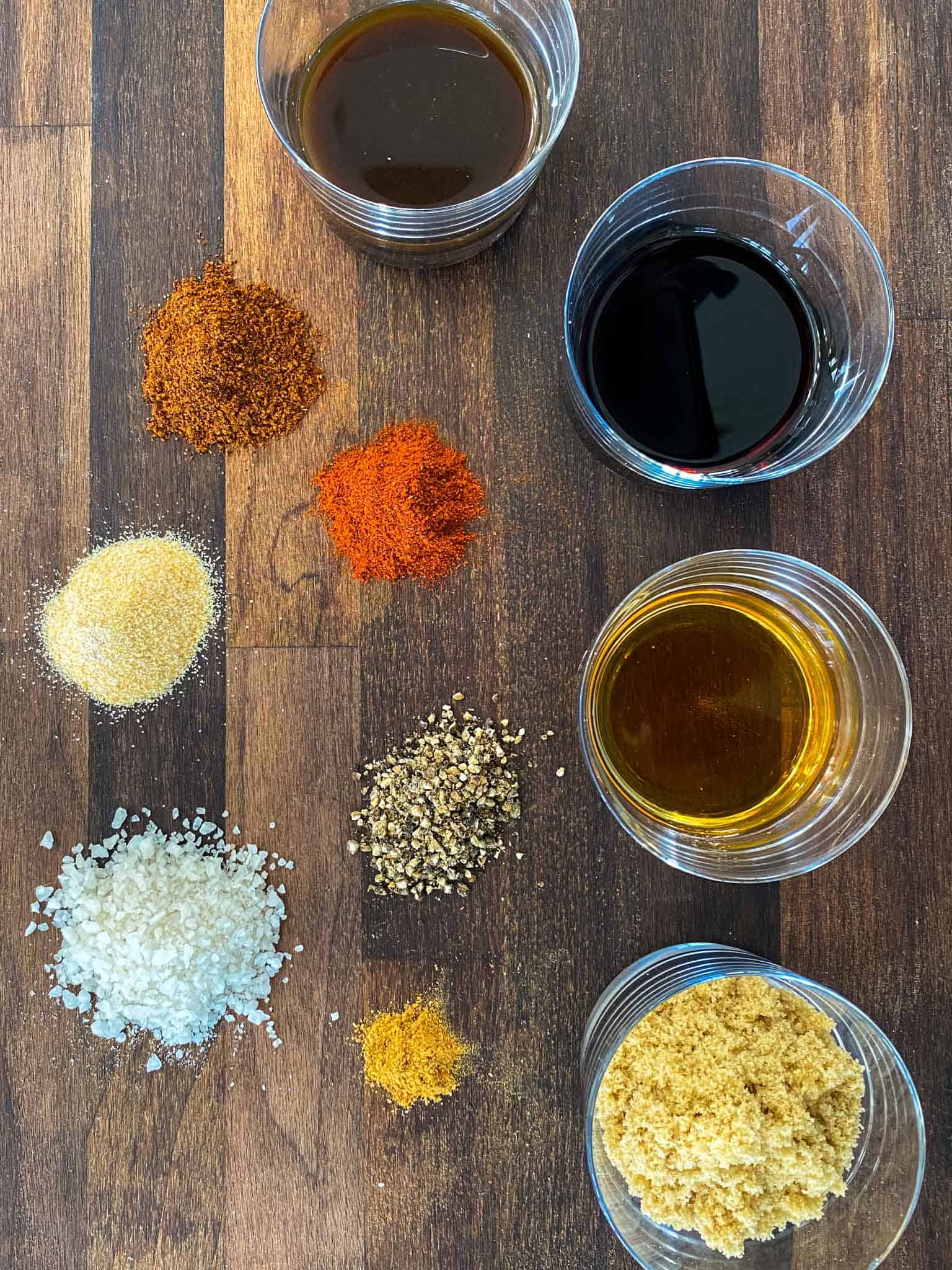 Hunter’s Blend homemade jerky rub has the perfect combination of garlic and pepper with the addition of hickory and a bit of cayenne to turn any meat into the ultimate jerky. 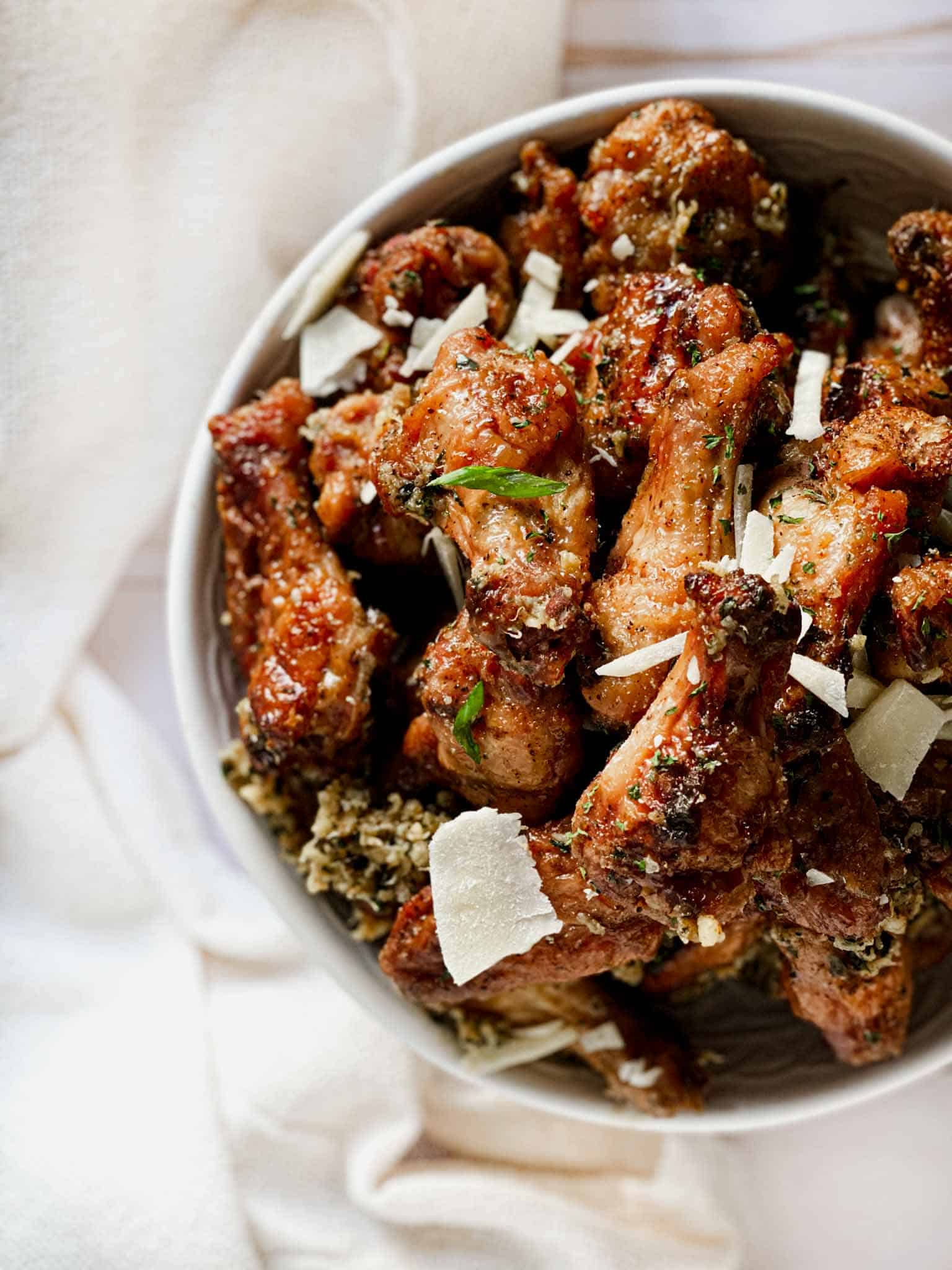 These smoked garlic and parmesan wings are packed with flavour and unbelievably juicy with a crispy exterior. An easy sauce takes these smoked wings from good to great! They be can cooked on any pellet grill, or adapted for the barbecue or oven. Key Ingredients 4 Pounds of Chicken Smoked Wings: Check out my post… 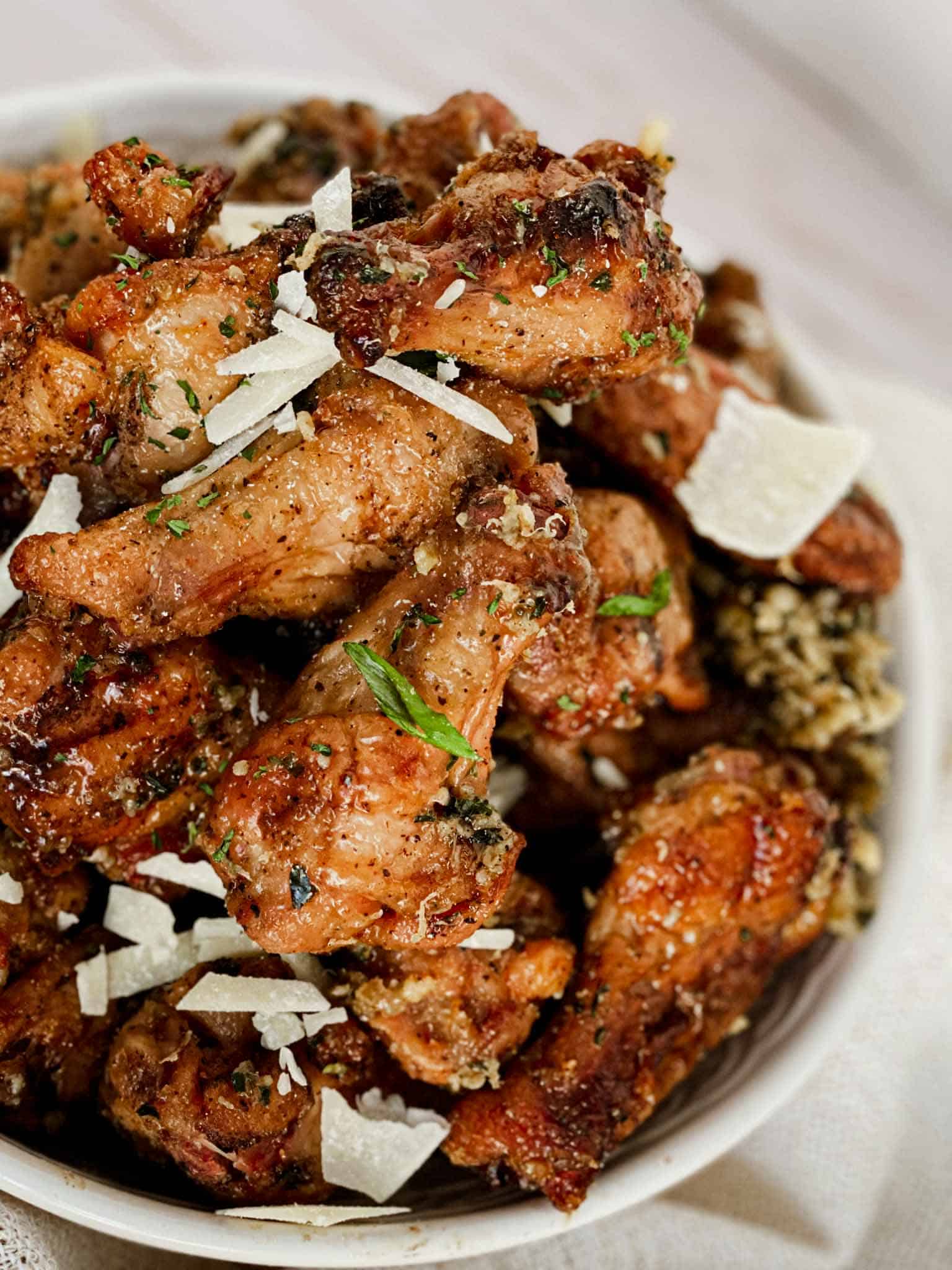 As a mom of three, I am all about pressing the easy button and batch cooking large amounts of food- chicken wings are no exception. Use this guide to find out the best way to reheat your chicken wings so that they stay finger lickin’ good. Leftover chicken wings are great whether late night snacking… 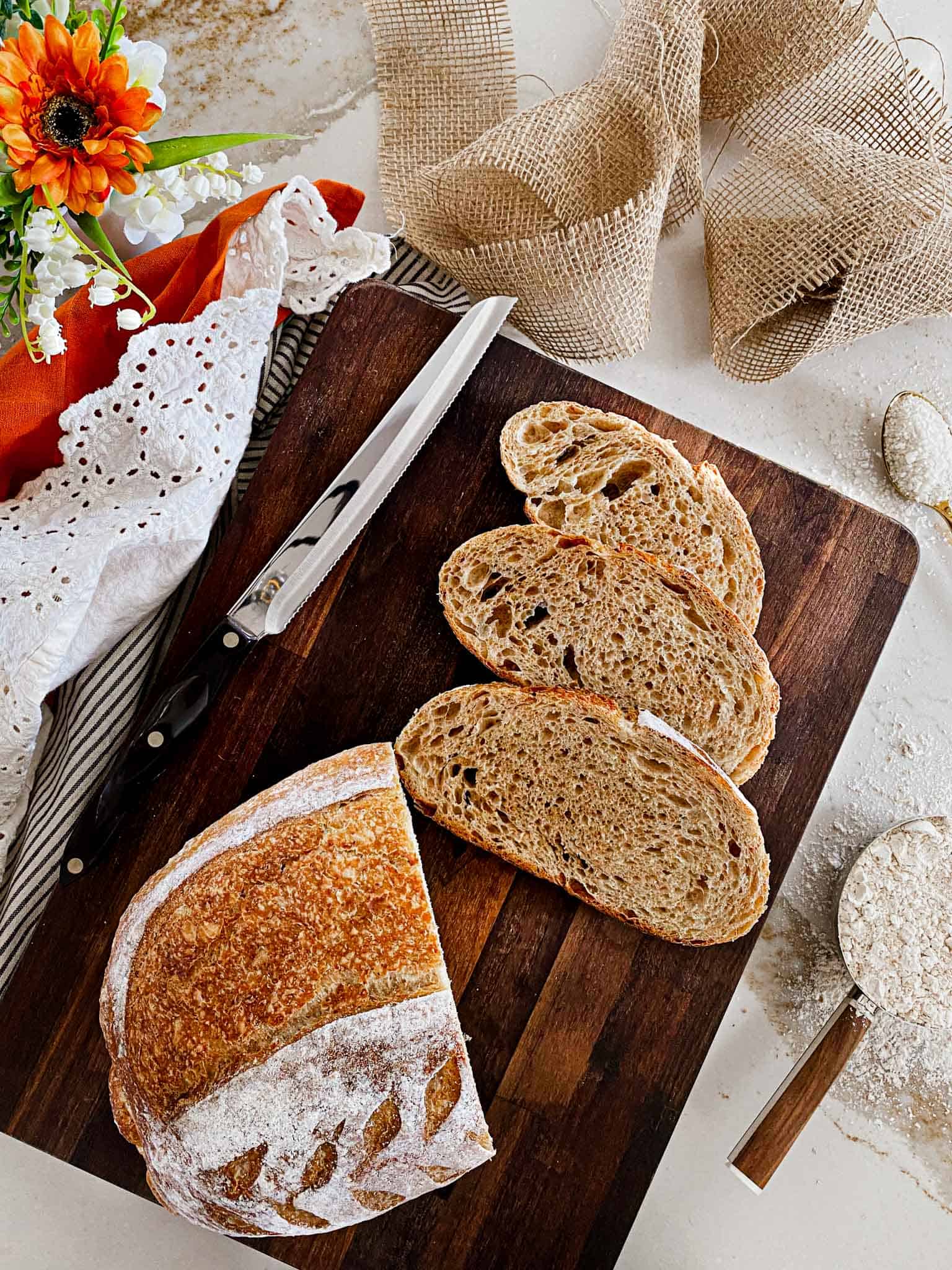 This healthy whole grain sourdough bread recipe is moist, with open crumb and a crispy crackly crust that prolongs its shelf life– as if it will last long enough to test that out! Whole grains make this bread hearty and filling, and the complex carbohydrates leave you feeling full and energized. Make this great recipe… 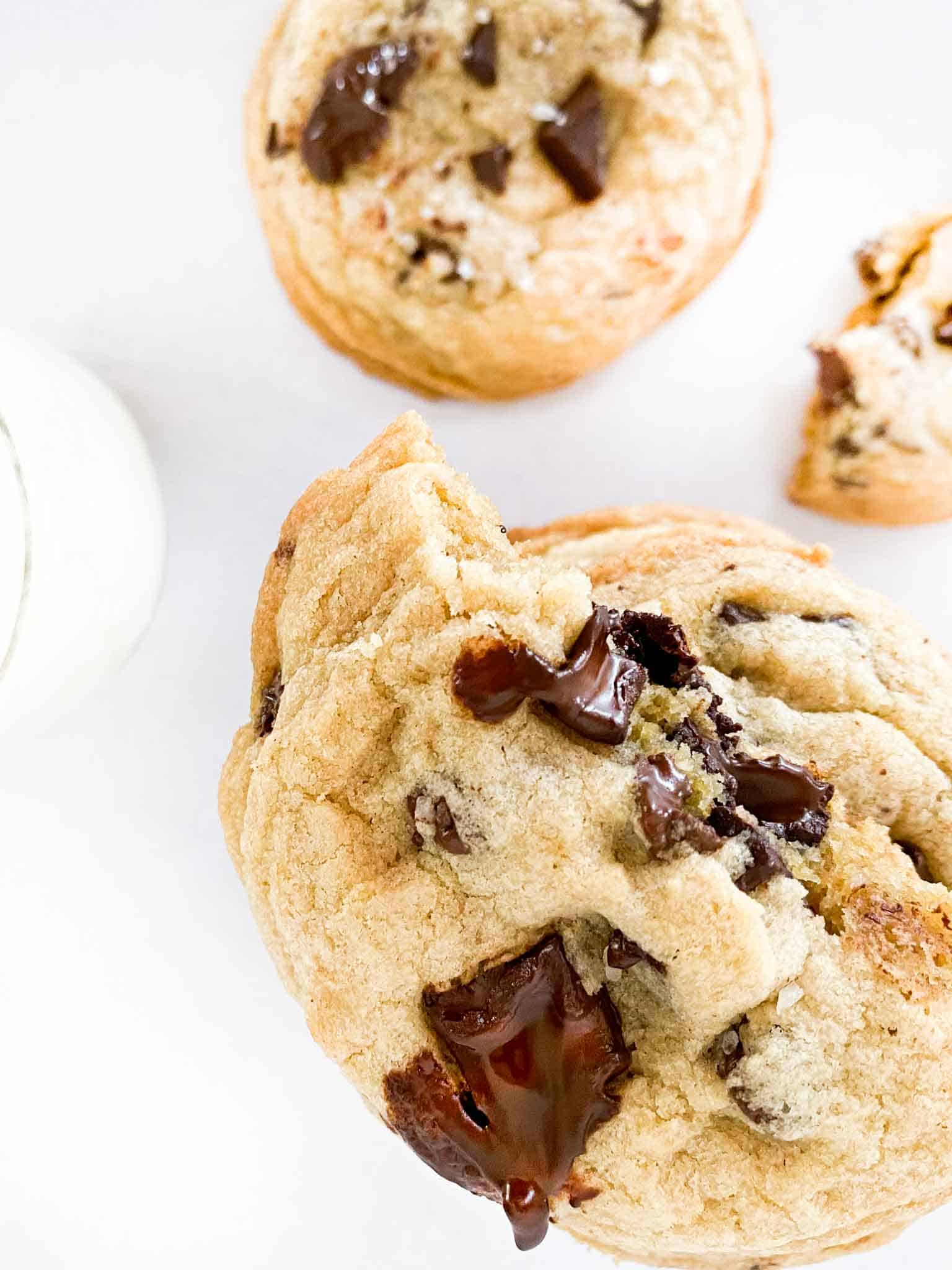 Perfectly crumbly outside and moist inside, these chocolate chip cookies without butter will become your new go-to recipe whether you are out of butter or not. 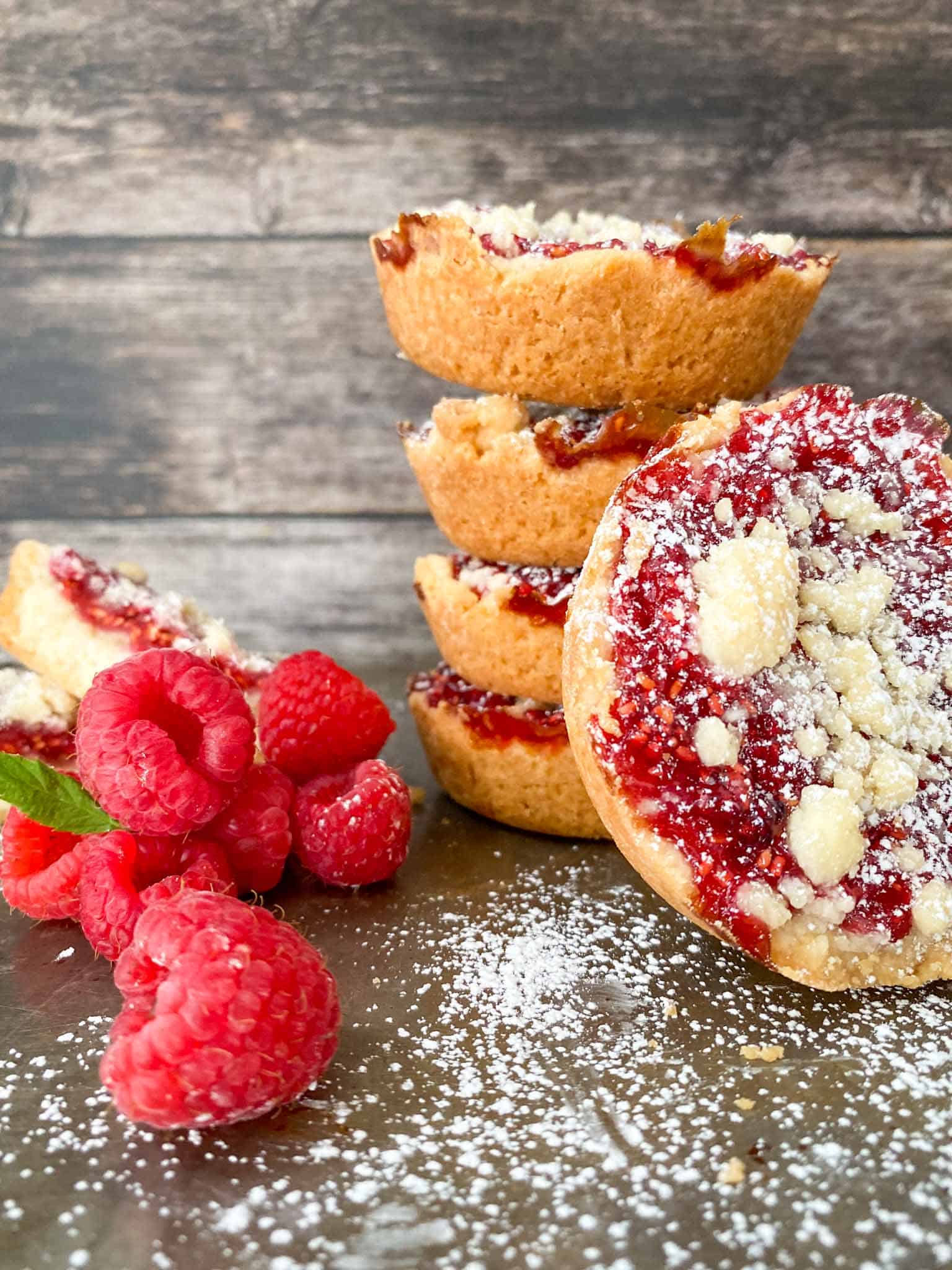 If you have ever been to the Costco bakery section, you have undoubtedly walked past these delicious raspberry crumble cookies. With a buttery base, raspberry jam centre, and crumbly top, these Costco copycat cookies are the perfect side to your afternoon coffee or chai tea latte! Being from a small community definitely has its perks……

Hi, I'm Kate! As a wife and mom of three I am constantly in pursuit of fun DIYs to do with my family, recipes that everyone will love, and ways to grow, harvest, and preserve my own home grown goodies. Click here to learn more about me.